In June 2014 the Engine Room Gallery welcomed an installation by Japanese-born artist Shiro Masuyama. Over the past 11 year Shiro has engaged in a range of residencies worldwide, including Korea, Berlin, New York, Barcelone and IMMA in Dublin, and has exhibited widely in Japan, the UK, Ireland and Europe. The Heart Rocker is an installation based on the artist's experience relocating from Berlin to Belfast. The exhibition runs from Thursday 5th June to Saturday 28th June 2014. 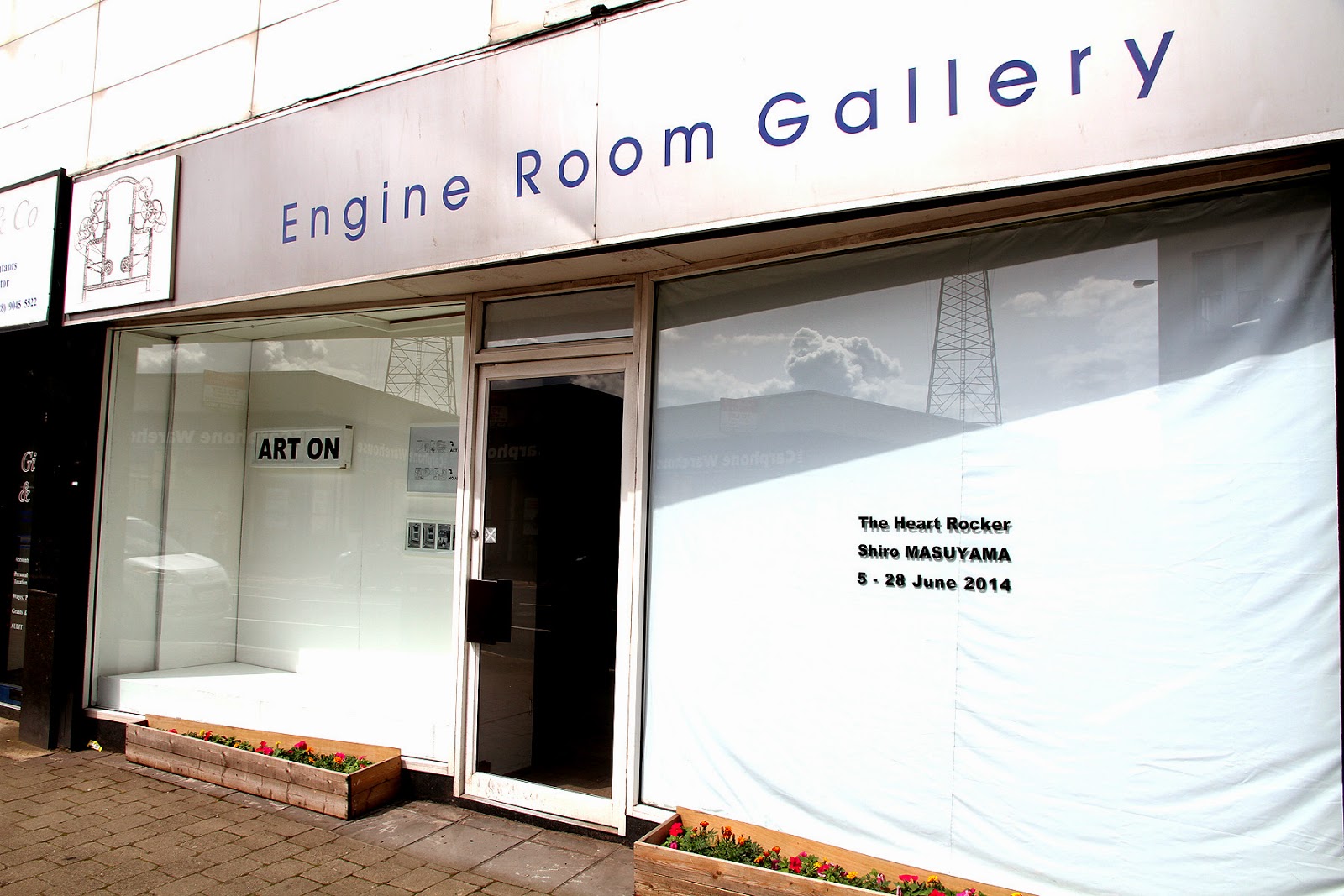 Since 2004 I have been based in Berlin, but I have recently re-located to Belfast, Northern Ireland. Belfast is the capital of Northern Ireland and has been site of sectarian conflict for many years. Catholic and Protestant communities have fought against each other due to the historic territorial and religious divisions between Ireland and the United Kingdom. My current location is situated close to a political border, or what is known in Belfast as a “Peace Line” which divides the Catholic and Protestant areas.
Recently, I was annoyed and angry to find dog shit in my front garden. This incident re-occurred repeatedly and led me to throw the offending shit into the street. I felt as if the dog was taking advantage of my personal space by entering through the gate without my permission. I felt invaded. After calming down a little, I realized that my actions corresponded to the aggression perpetuated by both sides of the conflicting parties in my city.
The enigma of the eternally present dog shit made me seriously consider whether I could develop a simple action to prevent its re-occurrence while also reflecting on my identity as a Japanese outsider.  There are mural paintings everywhere in Northern Ireland.  They present strong political messages from both Catholic and Protestant points of view. I decided to create a mural banner against the relentless dog shits attacks and I hung it on the wall of my house as my political message to the public of Belfast. I dealt with the dog shits like metaphorical landmines; people step on them unexpectedly and Northern Ireland is a land that is scarred with bombs that sporadically induce fear. This led me to make a video which shows me disposing of the dog shit while wearing a forensic suit.
The film entitled "The Hurt Locker"*, which got the Best Film Award in the 2009 Academy Awards, is about the US military working for bomb disposal in Iraq.  When I googled the film title in Japanese, I found that most Japanese people misunderstand the title as The Heart Rocker as Japanese cannot pronounce or hear the difference between "L" and "R".
My project pays homage to The Hurt Locker, as it reflects not on my identity as Japanese man, whose status and position within an English speaking community is deeply affected by my mispronunciation and by how I look. I feel that these factors have determined me as an ‘outsider’. 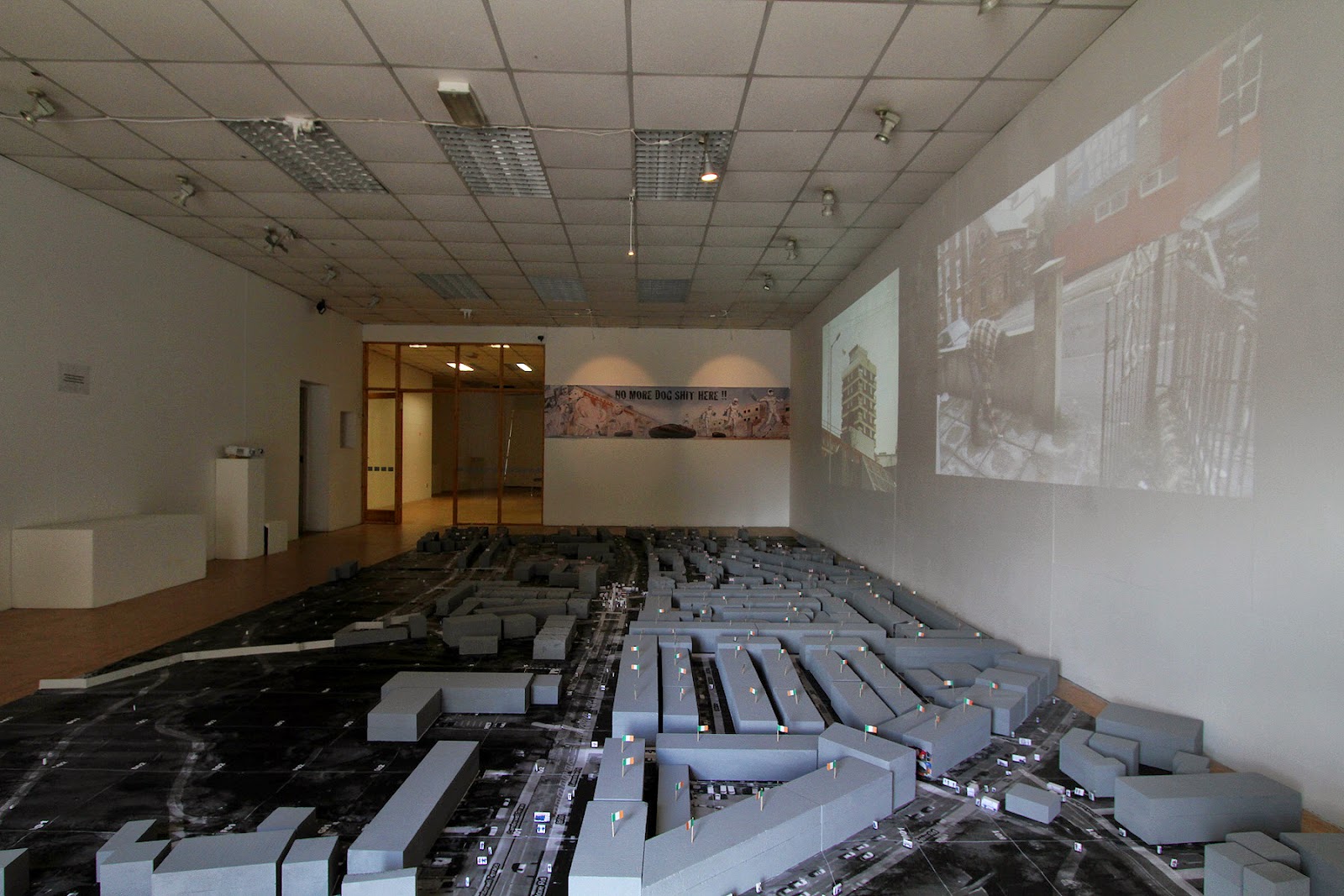 Cave hill is a landmark in Belfast that is known locally as 'Napoleon's Nose' * because its outline from the ground as you look up at the hill gives the impression of person's face lying down. While living in north Belfast I was intrigued to make a site specific project based on this land face but first I had to figure out the dimensions that I would be working with, so I invited two friends to assist me in measuring the distance from the tip of the nose to the upper lip with a fishing rod.

* Napoleon's Nose is said to have inspired the famous novel Gulliver's Travels. 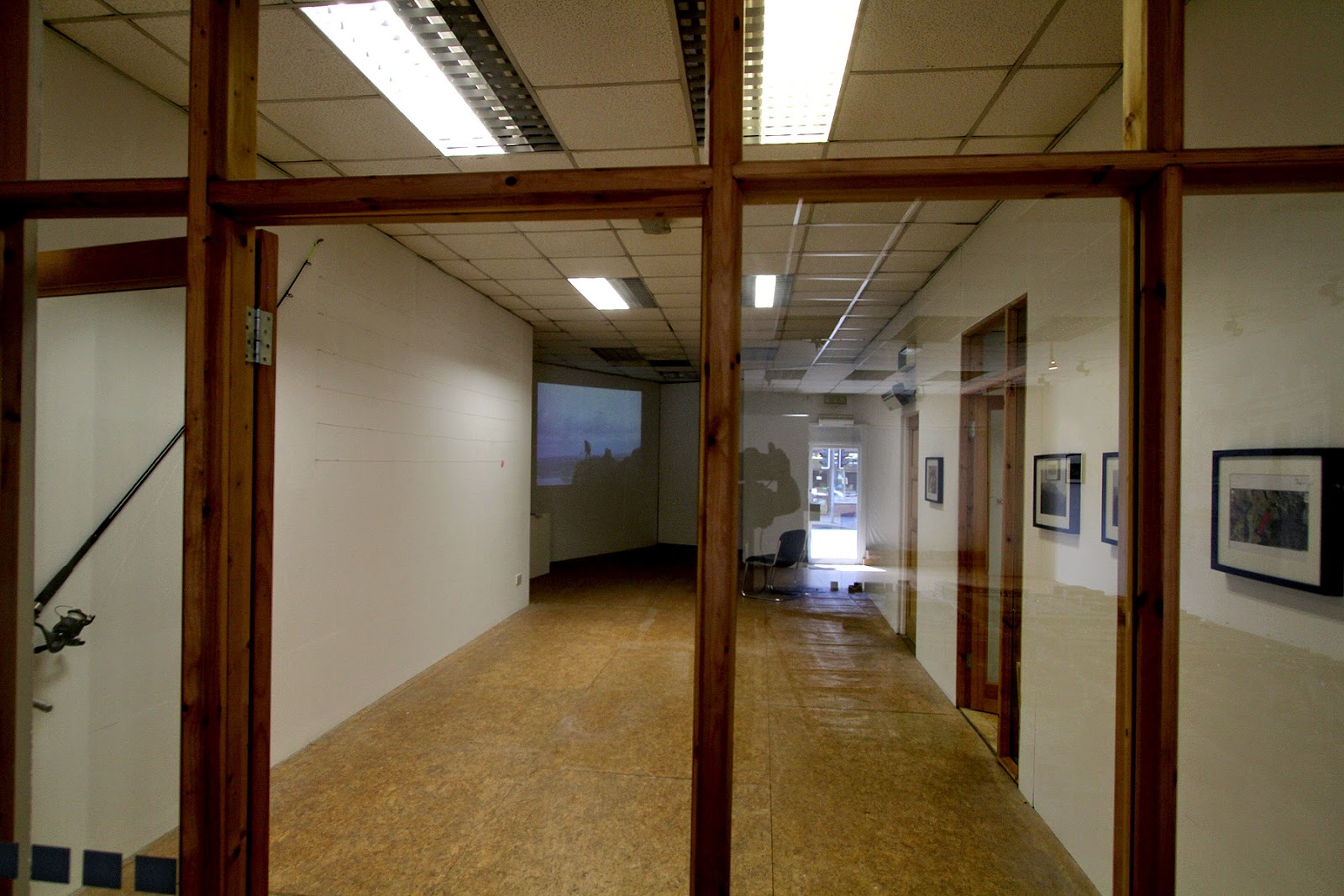 Belfast is the capital of Northern Ireland and has been site of sectarian conflict for many years. Catholic and Protestant communities have fought against each other due to the historic territorial and religious divisions between Ireland and the United Kingdom. Since I relocated to Belfast in 2010, I have started thinking about politics more often as an artist who has always worked with social context as a Japanese person working outside Japan, mainly through residency time. In my experience the conflict is never ending to understand in Belfast as well as Northern Ireland, I just wonder how local people think if our landmark of Belfast city, “Napoleon’s Nose” starts bleeding. And I just wonder if this project can be any chance for local people to think about their city again as positive place to live - as a space for art, a space for thoughts and ideas to form. I feel my idea and its realization will inspire and be received well by the local people, in a fixed and incidental way both artist and non-artist joining together through one site-specific artwork.

My Artist Residency at The Guesthouse is my 14th residency in my art career. When I participate in artist residencies I feel pressure to get proper outcomes during my stay. The co-directors, Mick and Irene’s house is located near The Guesthouse. Though there is some distance between The Guesthouse and their house, they can see The Guesthouse from their window. Sometimes I feel like they are watching whether I am working or not.  As I have my own pace to work I made the sign to let them know my situation. When I worked for art, I put the sign “ART ON” in my window. By turning “ON” upside down I put “NO ART” in my window, when I was sick of art.
As I wanted to donate this site-specific work to The Guesthouse as well as to the next resident artists, I made the sign with an alternative use. As The Guesthouse only opens to the public at specific times the sign also works on the entrance window to show whether events are on or not.
At this time I reproduced this work for my solo show in The Engine Room Gallery to represent in the small white cube in front of the window site-specifically.
Posted by The Engine Room Gallery at 2:47 AM No comments: 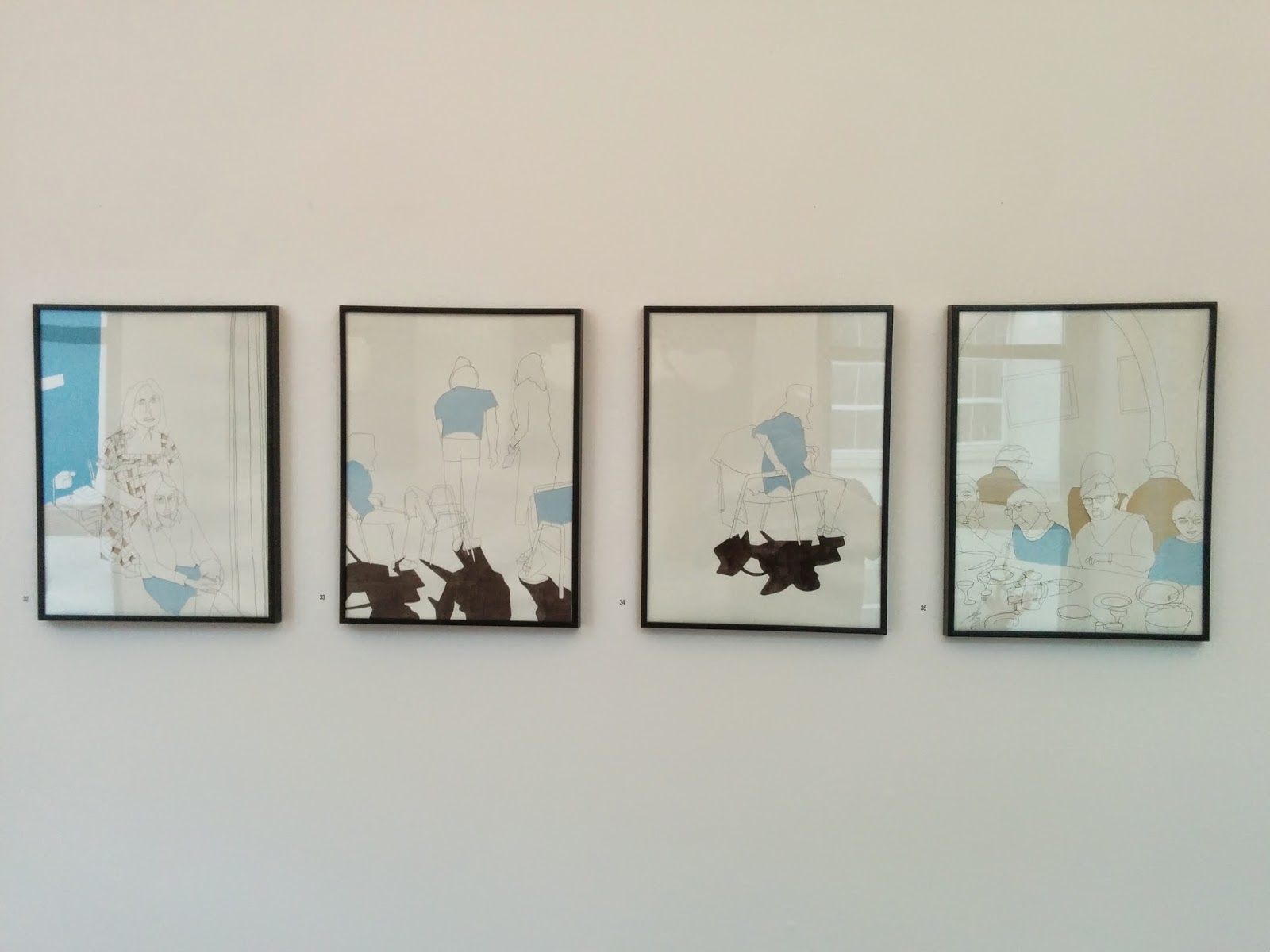 This year saw the return of Belfast Metropolitan College HND Fine Art students to the Engine Room Town Gallery for their end of year exhibition. The show featured work in a range of media including painting, printmaking, ceramics and sculpture by both graduating and returning students. 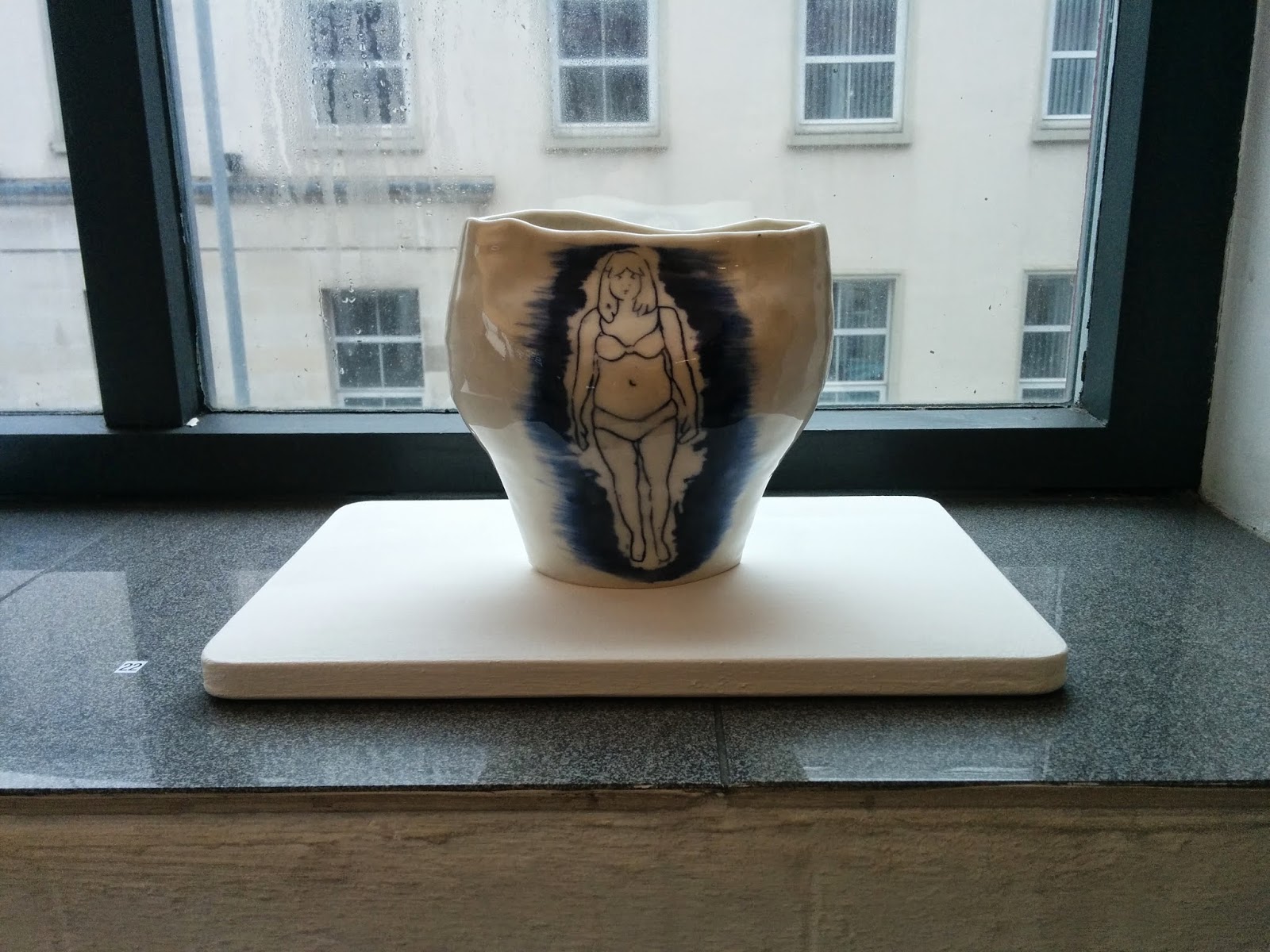 A reception was held on the evening of May 30th to open the exhibition and was well attended, along with a late opening on the final day, Thursday June 5th, again with a good turnout including the Late Night Art bus tour calling at the venue. 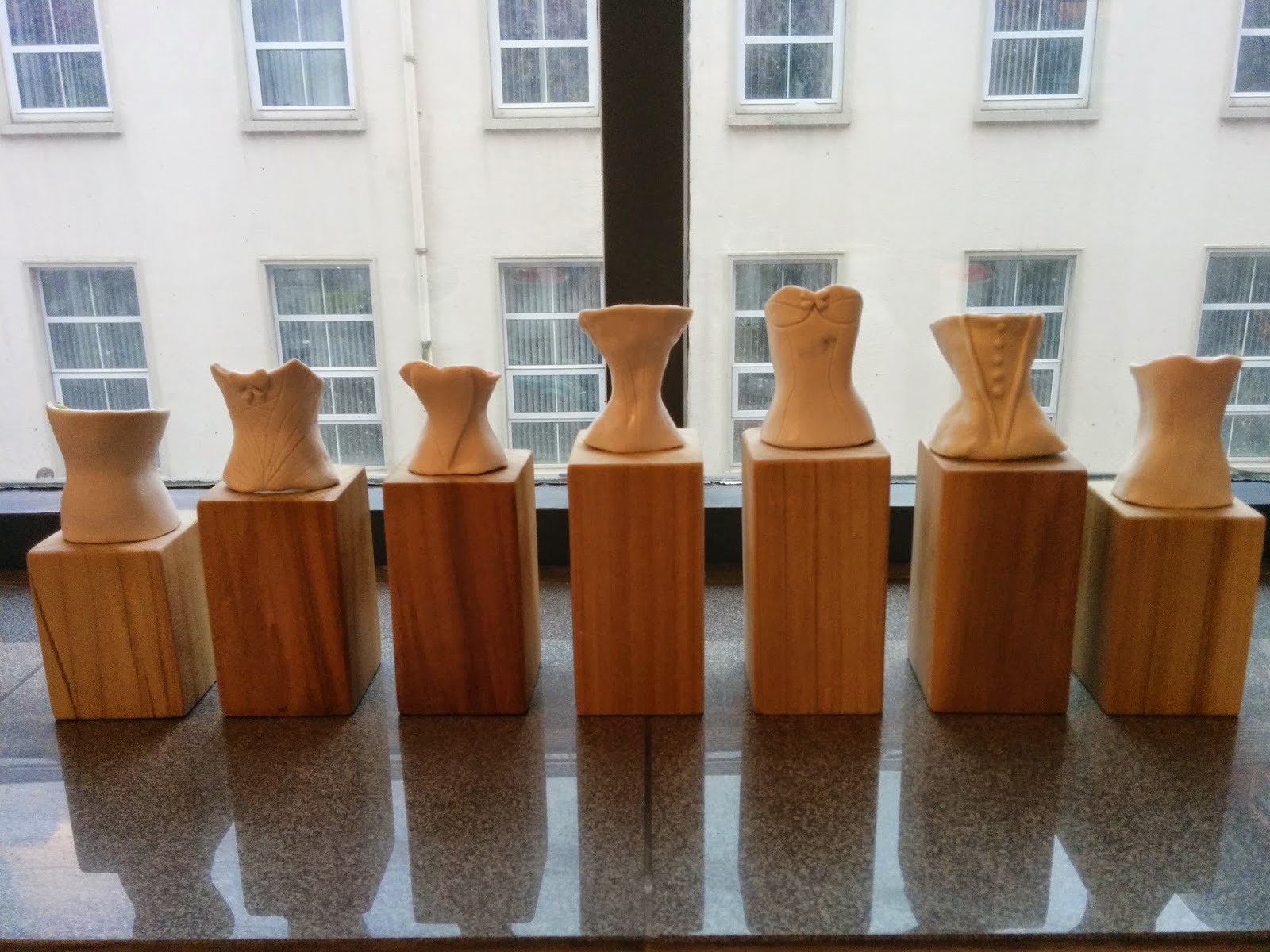 The management, teaching staff and students at Belfast Met wish to express their thanks to the Engine Room Gallery for hosting the end of year show for a second time, giving students the opportunity to exhibit their work in one of the city's prime contemporary art spaces. It provides an excellent showcase for the HND course, a level 5 program that allows students to work in a variety of media such as Painting, Printmaking, Ceramics, Sculpture, Installation Art and Digital and Video Art combined with units that teach the application of these as practicing artists such as Fine Art Professional Practice and Organisation of Exhibitions. Partnerships such as this are an invaluable aspect of the relationship between the College and commercial Fine Art practice. 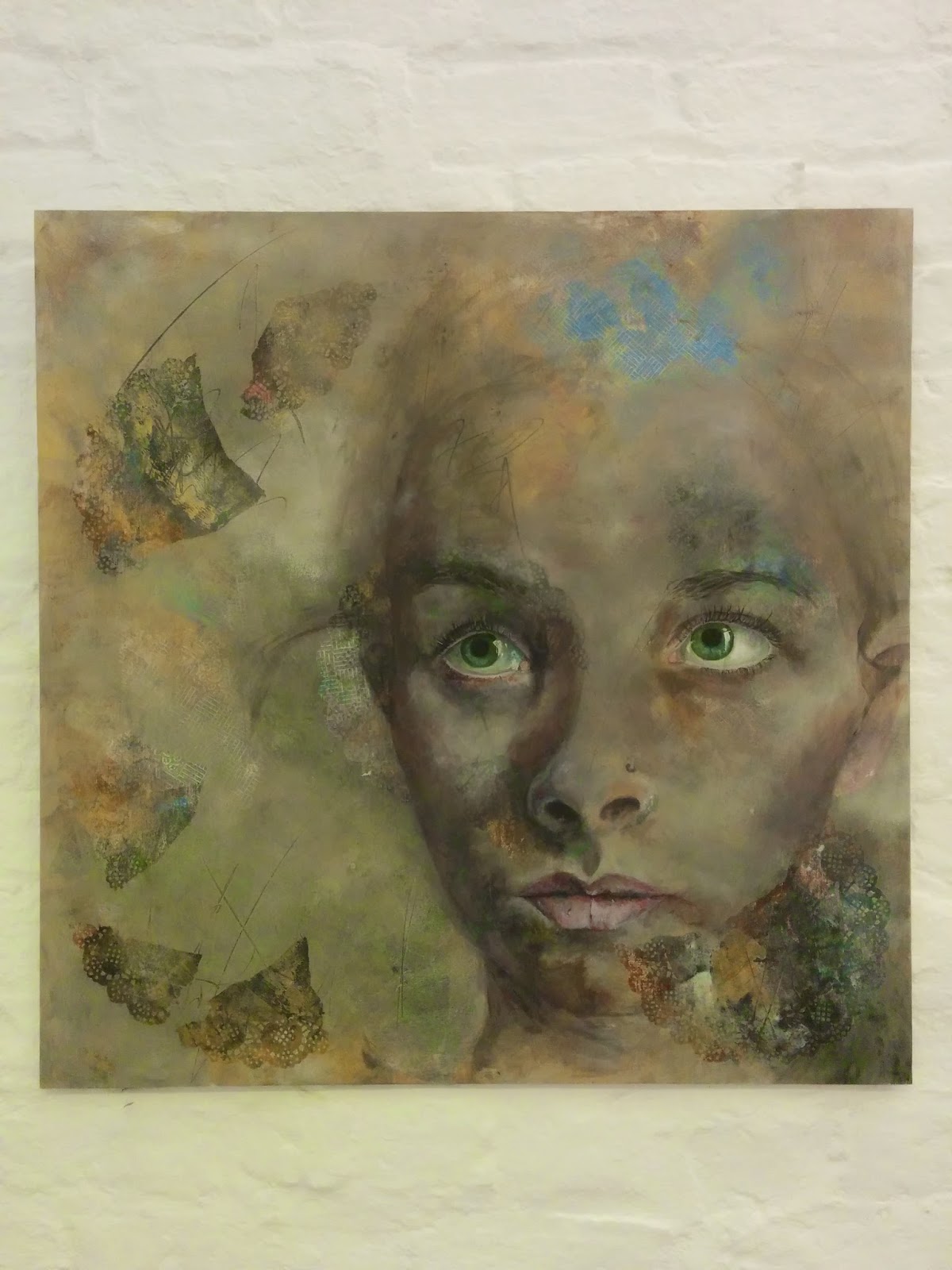 Posted by The Engine Room Gallery at 2:36 AM No comments:

The Engine Room Gallery welcomed Ben Groves and Susanna McConville for an exhibition during May 2014. 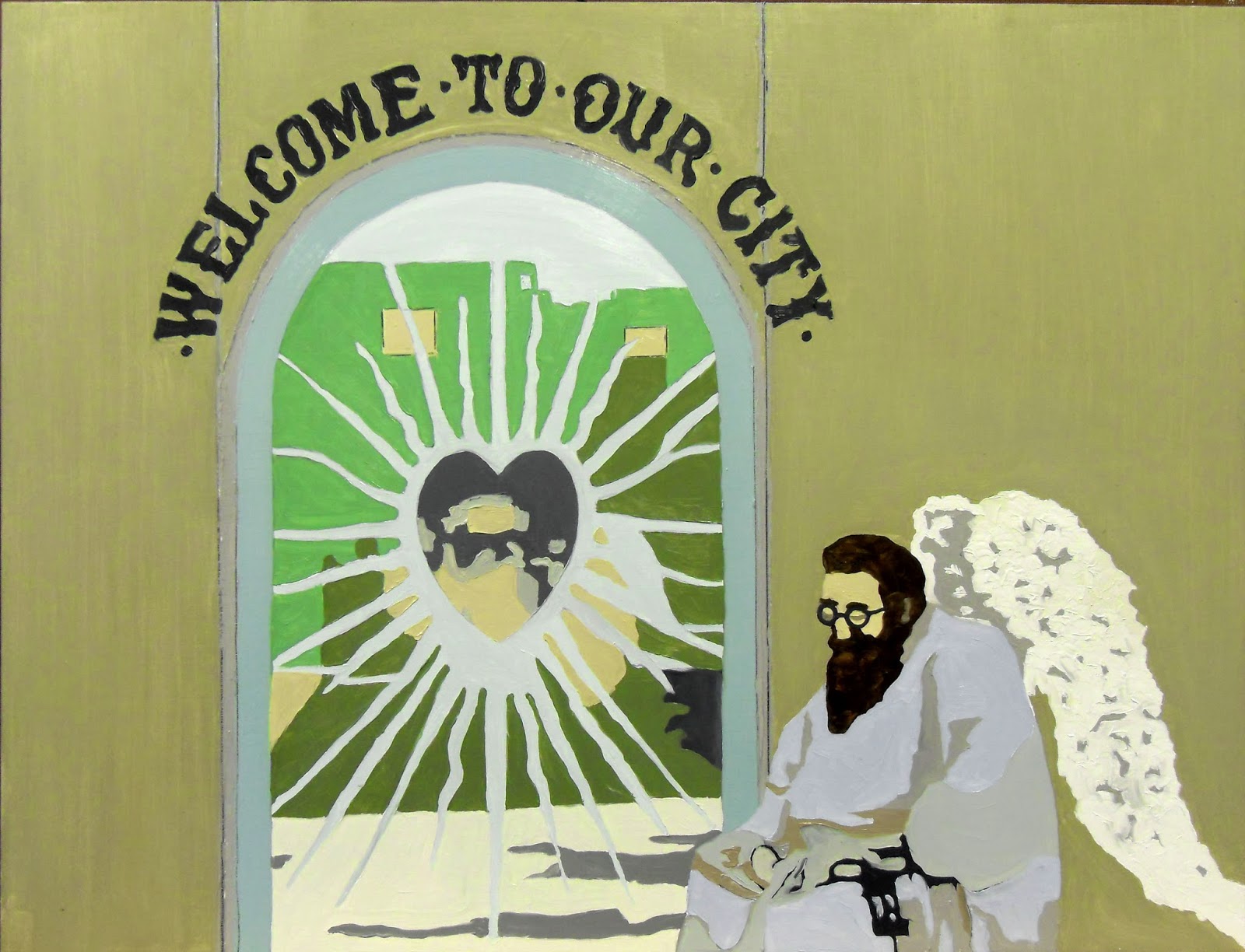 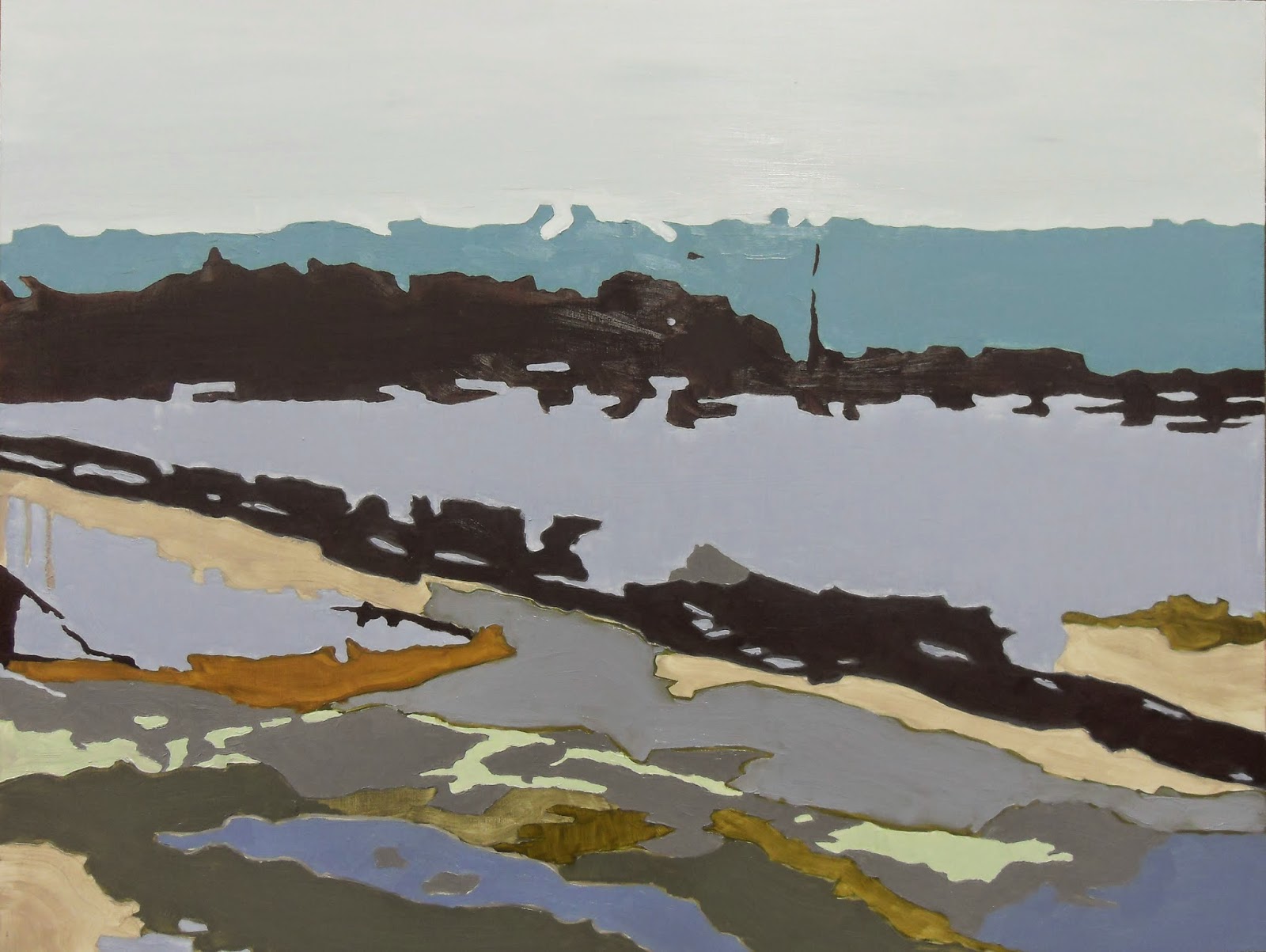 Groves's practice concerns themes around repetition and familiarity. He uses a range of media from paint, video, photography, dioramas, installation, text and sound and draws on an expansive repository of imagery, such as television and film, appropriating material which, for him has a certain resonance. 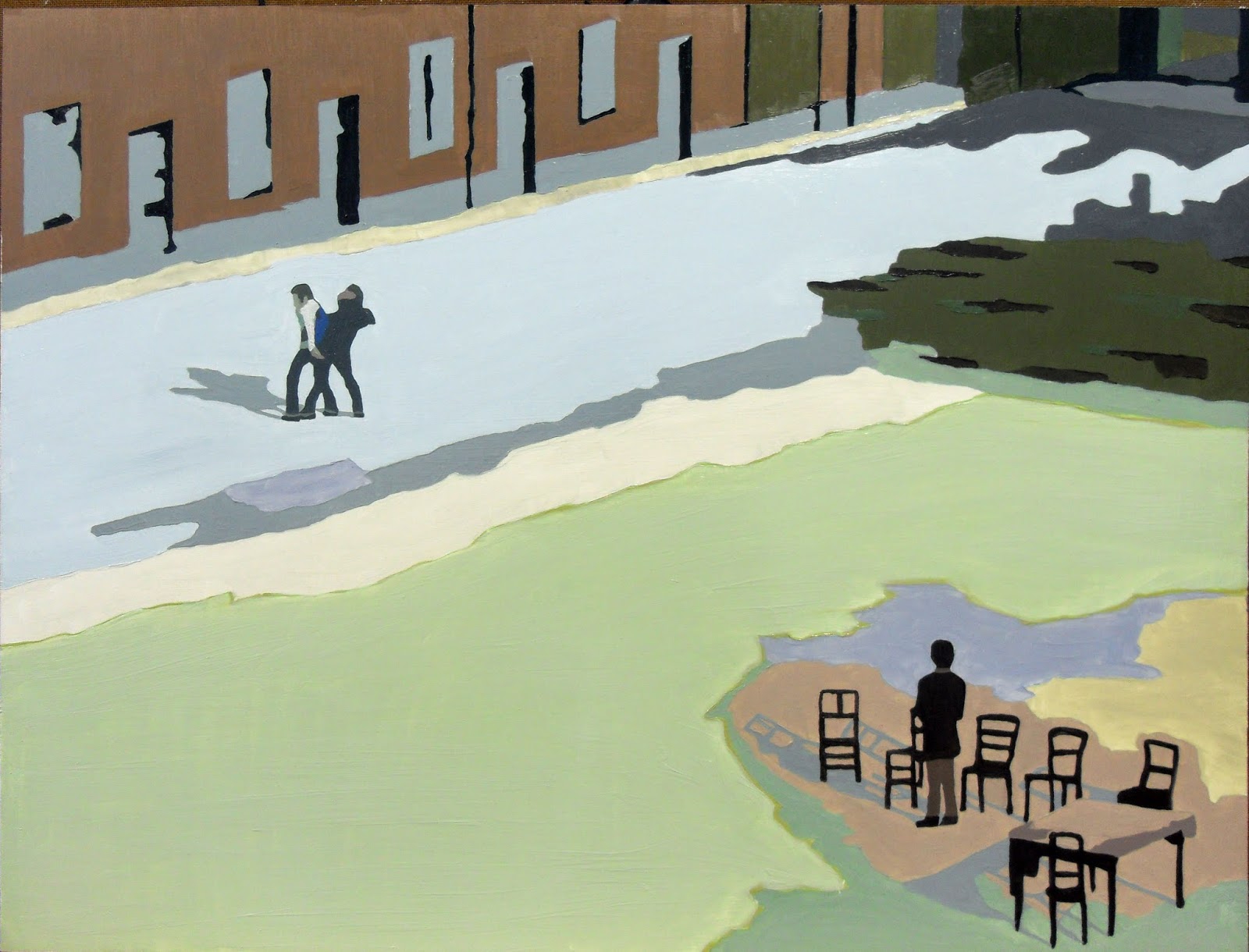 Susanna McConville was born in Newtownards and studied Fine Art at the University of Ulster, where she was awarded the Laura Irvine Memorial Prize for Painting and Experimentation in Colour. She has since completed a residency at the University and has exhibited her work throughout Northern Ireland. 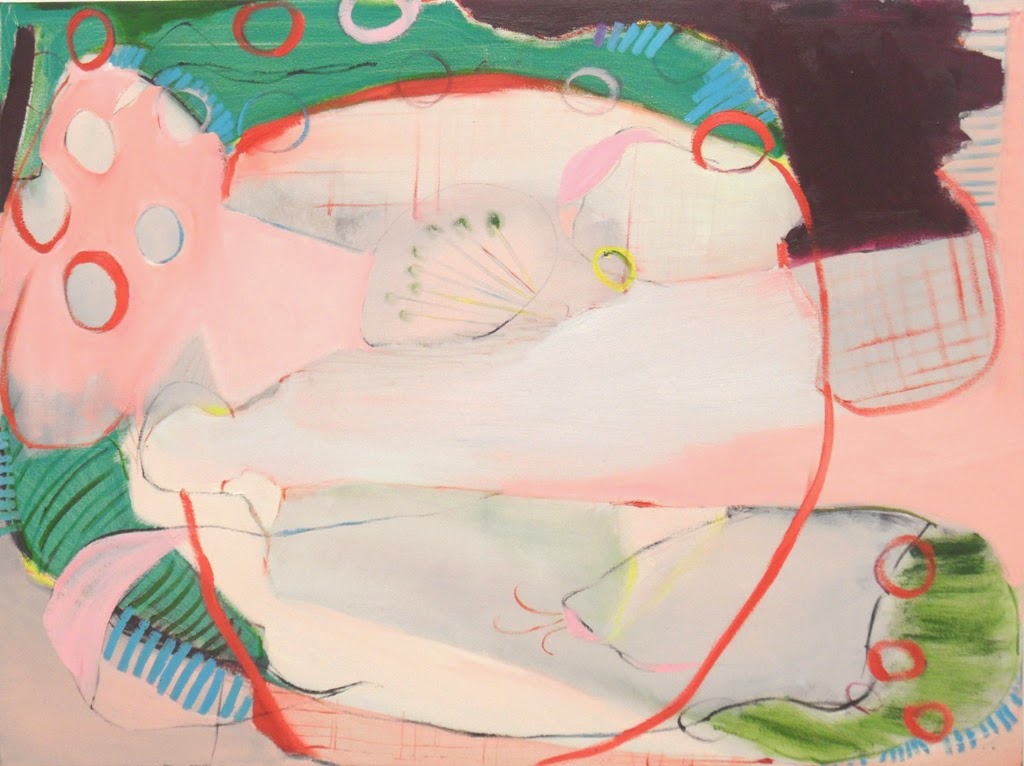 She paints 'stories' about her life, faith and doubt by combining childish motifs with painterly sophistication and considers her painting to be abstract narratives. 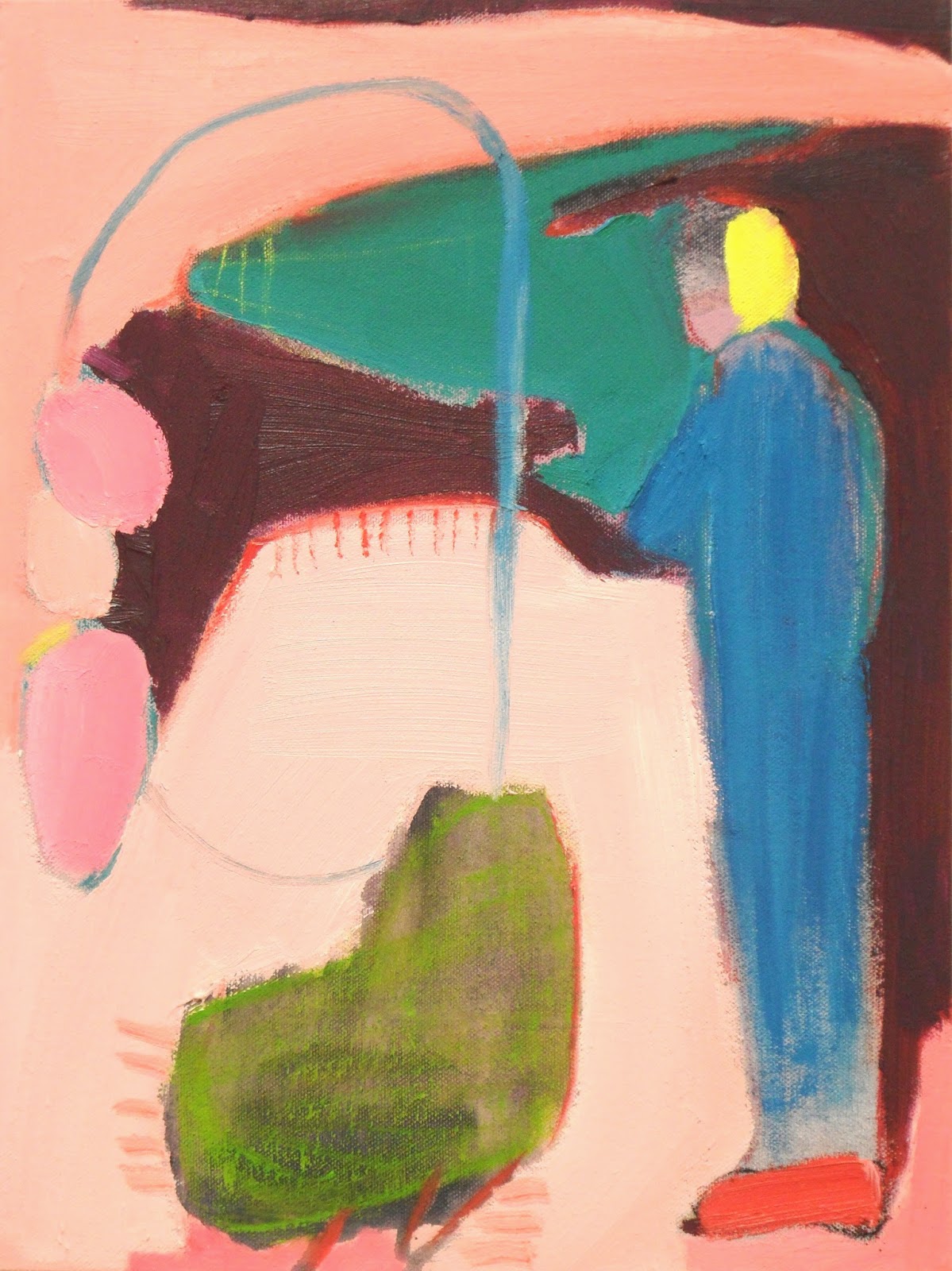 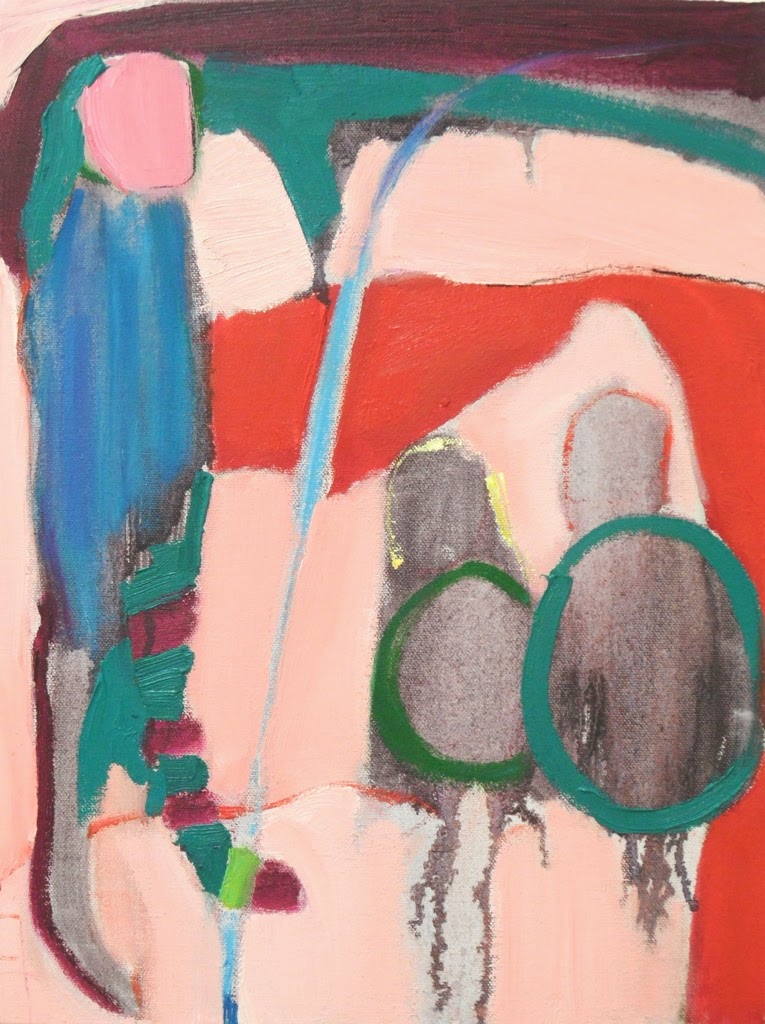 The exhibition continues until Saturday 31st May 2014.
Posted by The Engine Room Gallery at 3:05 AM No comments:

The Lagan Exhibition opened on Thursday 3rd April 2014 at our city centre gallery in Linenhall Street as part of Late Night Art with over 200 visitors! 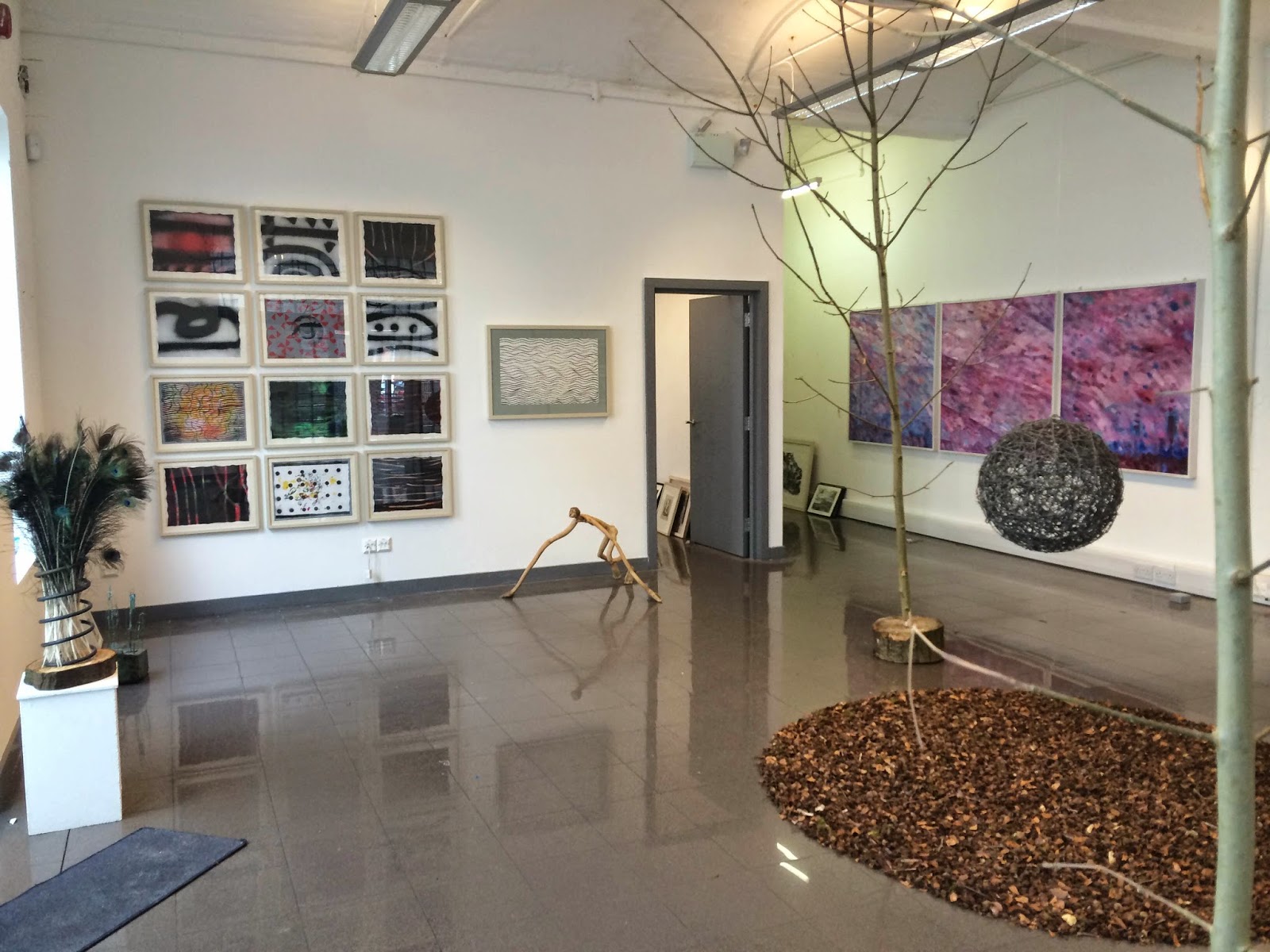 The Lagan Exhibition is a celebration by artists young and old of the river Lagan and its communities. The wide range of work from traditional landscape through to expressionist and abstract, reflects the Engine Room Gallery's desire to give artists freedom to express their own feelings about the river and the many communities that stretch along it's banks, especially in the Belfast area. 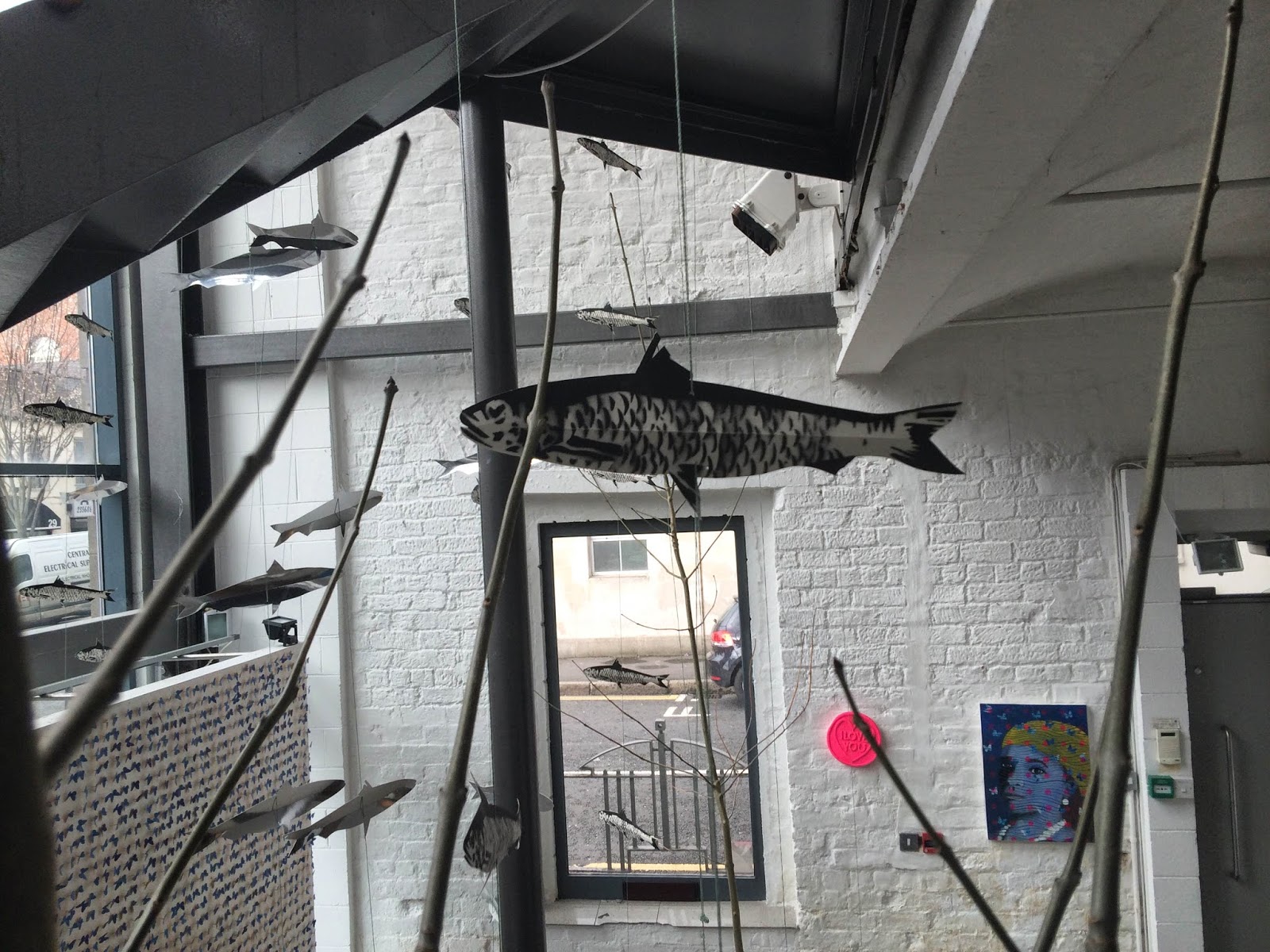 From the romance of the Shaw's Bridge area around Stranmillis, Botanic, the Holy Land, Gasworks, Markets, Short Strand, Newtownards Road and Sydenham. The diverse landscape in a few miles spans beauty, commerce and heavy industry, all with living communities centred around them. 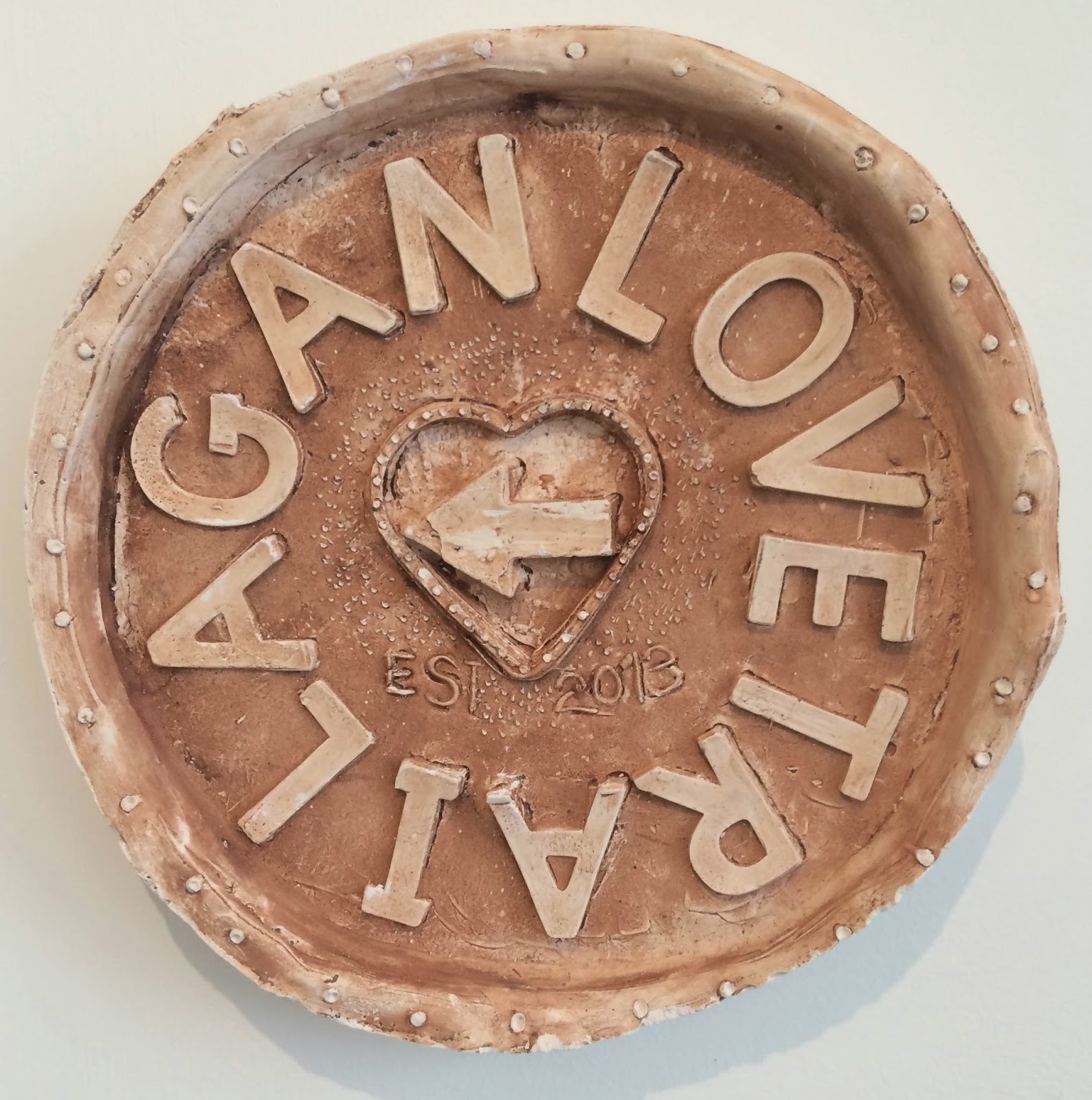 A central part of the exhibition is the work Liam de Frinse has done on the Lagan towpath 'The Lagan Love Poem' and has a mix of installation, painting, print and poetry. Many other artists have responded to the project with a wide range of art practice, which makes a wonderful and diverse show 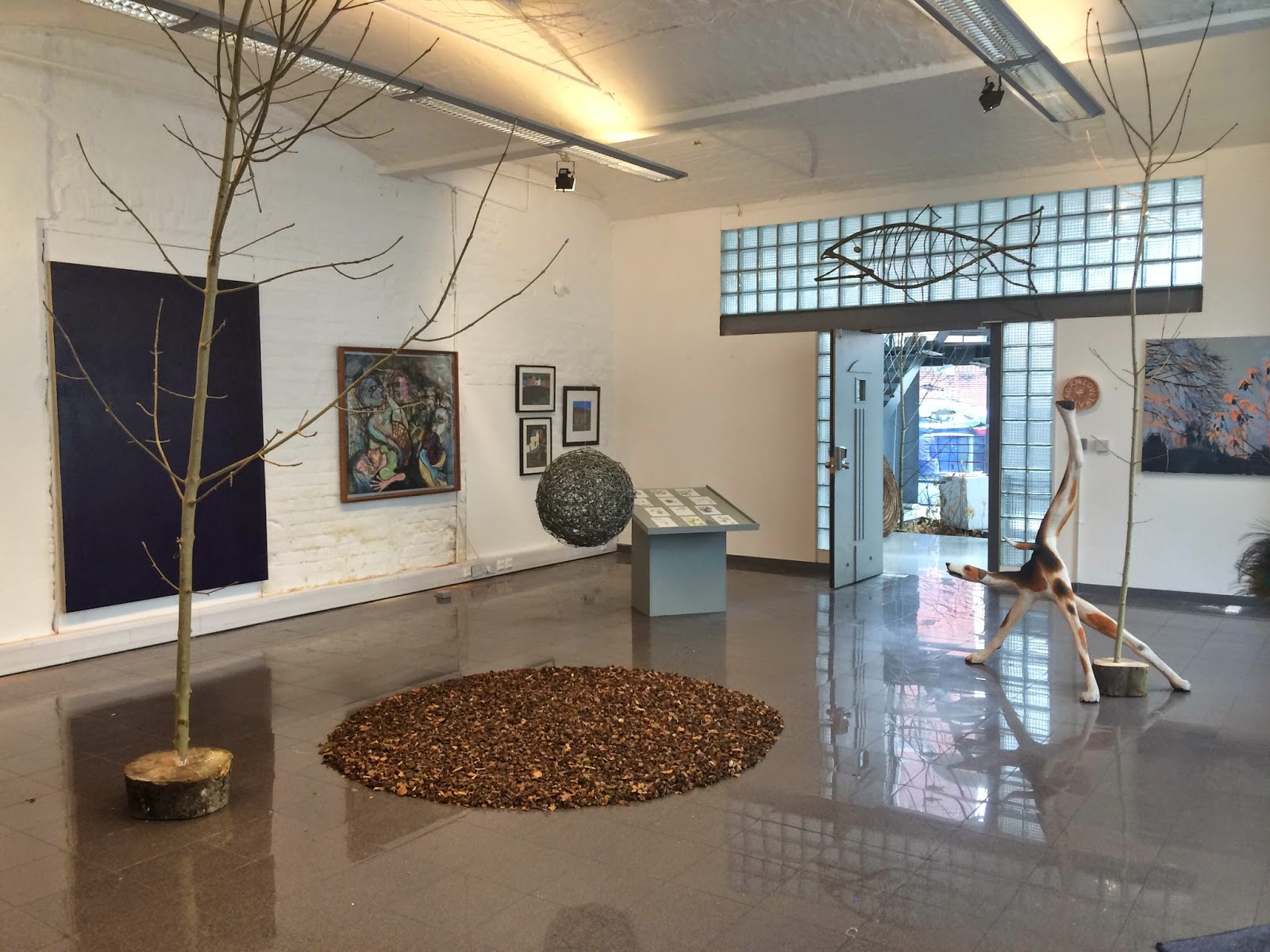 The gallery also played host to 'Callings', a live performance workshop with Vernon Carter on Saturday 5th April at 2.30pm. The performance was based on bird callings and participants used instruments and found objects to rehearse and perform to the public 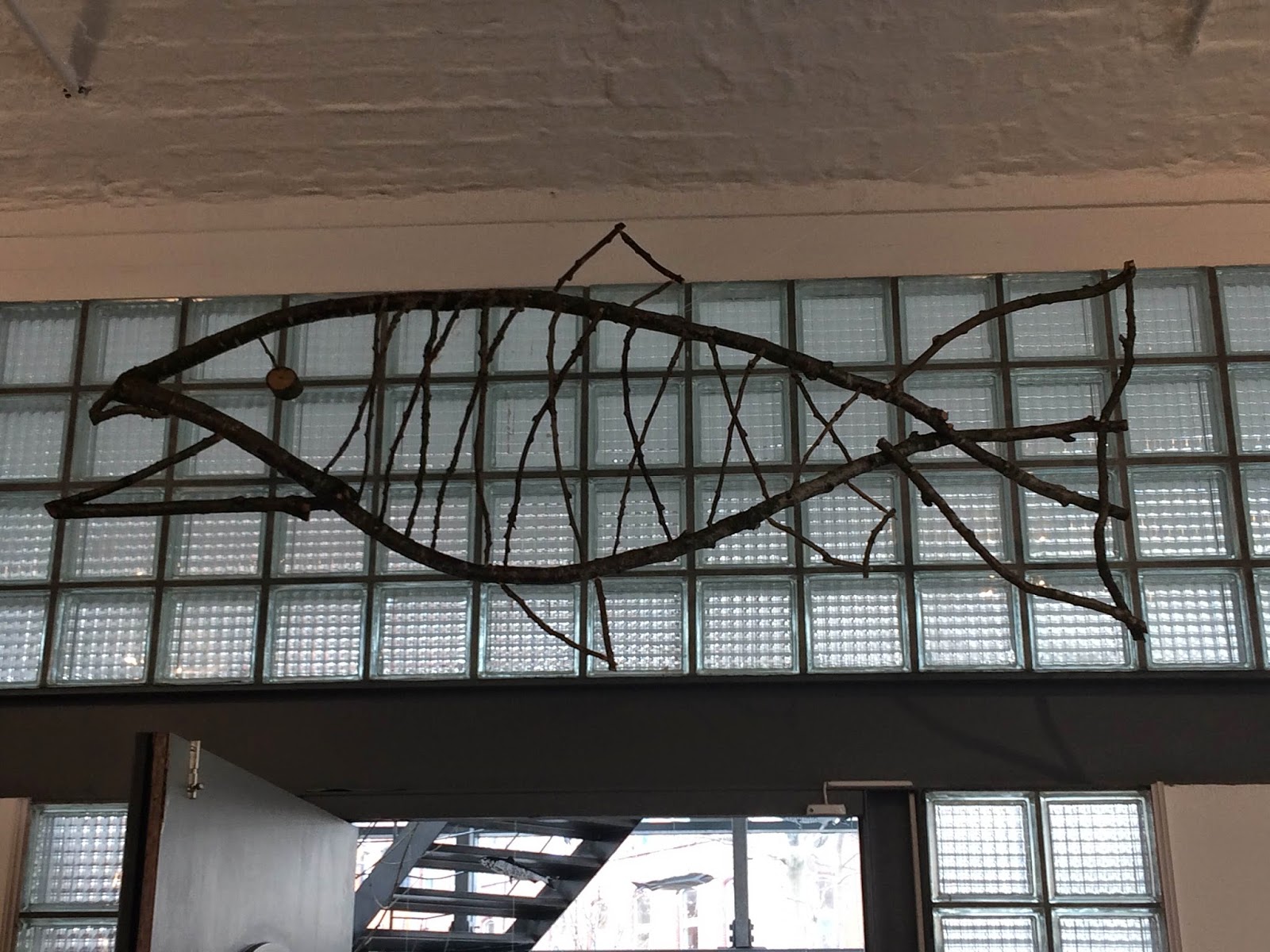 Posted by The Engine Room Gallery at 4:31 AM No comments:

The Engine Room Gallery is delighted to exhibit a selection of new work by Lisa Ballard, John Macormac and Kevin Miller and small prints by Tristan Barry. The exhibition opened on Thursday 10th April and we had a fantastic response to the show from all who attended.

Lisa Ballard uses landscape to explore her obsession with colour and light, in particular the juxtaposition of colours and how they affect each other. Often leaning towards abstraction, Lisa looks through the landscape itself creating powerful images that reflect the temporal and fleeting nature of her experience in that place. Putting great emphasis on her practice, Lisa incorporates painterly brush marks that encourage an organic response to every colour and layer she applies.

John Macormac’s work has evolved from dealing with an overload of information to more refined and reflective a visual vocabulary of marks, flat blocks of colour, text, tracings, drips and collaged elements.
Kevin Miller is concerned with notions of materiality. The current work is created first in the frictionless world of digital painting before being laser cut and carefully painted and glued by hand.

Using drawing as his medium, Tristan Barry explores human impact on the environment. Current concerns are centred on issues relating to boundaries - from the deliberate, man-made stone walls that mark borders in the Northern Irish countryside to the increasing pressures put on town limits.

Posted by The Engine Room Gallery at 4:30 AM No comments: